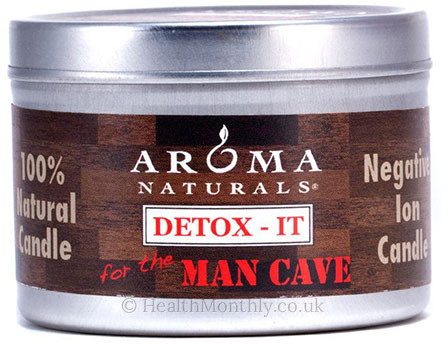 Detox-it for the Man Cave! When confronted with heavy odors from the Man Cave (attic, basement, restroom, etc.), our blend of Beeswax, with Pure Essential Oils make a Big difference - Fast!

Detox-it for the Man Cave! When confronted with heavy odors from the Man Cave (attic, basement, restroom, etc.), our blend of Beeswax, with Pure Essential Oils make a Big difference - Fast!

Ions are molecules that have gained or lost an electrical charge. They are created in nature as air molecules break apart due to sunlight, radiation, and moving air and water. They are also known to "Bee" present in Beeswax, where the use of unscented Beeswax Candles around food works like magic to rebalance cooking and food odors.

You may have experienced the power of negative ions when you last set foot on the beach, walked beneath a waterfall, or drove your car away after being washed. While part of the euphoria is simply being around these wondrous settings and away from the normal pressures of home and work, the air circulating in the mountains, the beach, and even at the car wash is said to contain tens of thousands of negative ions. Negative ions and rebalancing positive ions is an ongoing science study.