Folate helps maintain homocysteine levels within the normal range, which promotes cardiovascular health. And it also supports neurotransmitter synthesis - which in turn helps maintain cognitive abilities. However, not everyone has sufficient activity of the enzyme required to convert folate to its biologically active form, 5-methyltetrahydrofolate, or 5-MTHF. That's why each vegetarian tablet of High Potency Optimized Folate provides 5,000 mcg of the bioactive 5-MTHF form of folate which is up to 7 times more bioavailable than ordinary folic acid.

A Bioactive Form of Folate

Those who take ordinary folate supplements, however, may not be experiencing its full spectrum of effects. This is because once ingested, not everyone converts folate to its biologically active form called 5-methyltetrahydrofolate (5-MTHF).1

Research shows that in a large proportion of the population, genetic enzyme deficiencies prevent the conversion of folate to 5-MTHF, leaving many vulnerable to low blood folate levels (and higher-than-desired homocysteine).

A more useful approach is to take the bioactive folate 5-MTHF directly, which has been declassified as a drug and is now available as a dietary supplement. 5-MTHF has been shown to dramatically raise red blood cell folate levels2 compared with folic acid supplementation.

This bioactive folate is up to seven times more bioavailable than folic acid. This greater bioavailability is especially important in people who have a genetic enzyme deficiency3 since it requires no conversion to become metabolically active.

People with elevated homocysteine levels have a greater risk of cognitive decline.4 Unlike folic acid, 5-MTHF is able to cross the blood-brain barrier, which is especially important for people with cognitive difficulties, to enhance the synthesis of acetylcholine in the brain - the neurotransmitter associated with memory.

Co-Supplement with B12 for Enhanced Effect

Studies also show that the effectiveness of 5-MTHF can be further enhanced by co-supplementing with methylcobalamin (the active form of vitamin B12),5 vitamin B6, and riboflavin.6 Support your cardiovascular health and more with High Potency Optimized Folate.

Life Extension has a 40-year long history of creating clinically studied and meticulously researched formulations. The company’s science based approach for their formulations have bought them a lot of success in the natural products world. Learn more about Life Extension.
Everyday Low Price 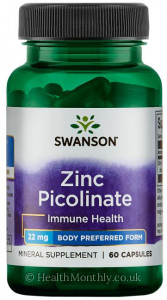