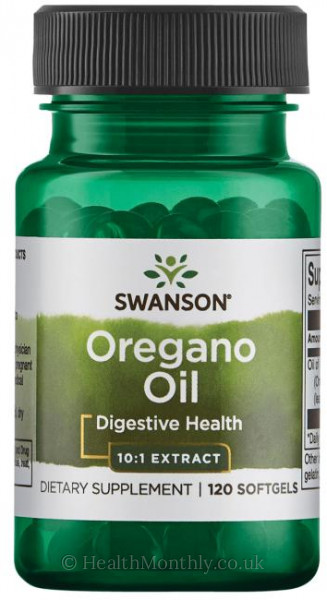 Get concentrated support for gastrointestinal, respiratory, and urinary tract health with Oregano Oil. Chefs have long valued oregano as a culinary herb, but herbalists will tell you it is even more valuable for the many health-promoting qualities it possesses. Our high-bioavailability softgels feature a potent 150 mg of oil of oregano in a base of extra virgin olive oil.

You may know it as a simple herb to spice up your cooking with but the truth is that oregano has been used throughout history as a healing tonic. Blessed with an antioxidant value far superior to oranges, apples and even spinach - oregano oil will help troubled gastrointestinal tracts in ways you could never imagine.

What is Swanson Oregano Oil?

Swanson Oregano Oil or Origanum Vulgare (as it is known in its original form) is actually a member of the mint family. Known primarily as a culinary aid where its unmistakable aroma and flavour are so often deployed to enhance even the simplest of dishes, oregano actually has a long history of health use.

Oregano has grown wild in Mediterranean regions for as long as man can remember and its Greek name Oreganos actually means 'joy of the mountains'. Unsurprisingly then, it was the ancient Greeks who first began to use it as a remedy.

Headaches, indigestion, seizures and even open wounds were all treated with oil from the oregano leaf. What we know now of course that Swanson Oregano Oil is full of phenols that, amongst other things, serve to cleanse our receptor sites.

What is Swanson Oregano Oil used for?

Swanson Oregano Oil has only recently had its antioxidant value explored and the results are mindblowing. Oregano's ORAC (oxygen radical absorbance capacity - a system developed by USDA researchers to measure antioxidant value) is at 15,300µ/100g. To give you an idea of what that means, spinach's ORAC is 1,2660. This is the equivalent of 30x that of oranges and 42x that of apples.

Researchers now believe that Swanson Oregano Oil may actually have stronger antibacterial value than that of some antibiotics with it able to kill off dangerous bacterial infections such as Candida and E. Coli. Some believe it may hold the key in the battle against superbug MRSA.

Swanson Oregano Oil's cleansing antifungal qualities mean that it can help with GI problems such as parasite infections.

With literally a whole host of benefits, Swanson Oregano Oil is the diamond in the rough. Don't overlook its unbelievable healing powers for a moment longer. 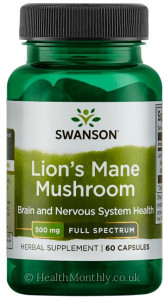